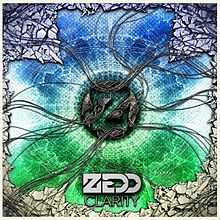 Clarity is the debut studio album by German/Russian electronic dance music producer Zedd. It was released on 2 October 2012 by Interscope Records. It was mixed in Livonia, Michigan. A deluxe edition of the album is scheduled to be released on 24 September 2013, preceded by the release of the single “Stay the Night”, which features Hayley Williams of Paramore, on 10 September 2013.